With Bitcoin, China is pouring money out of the U.S. 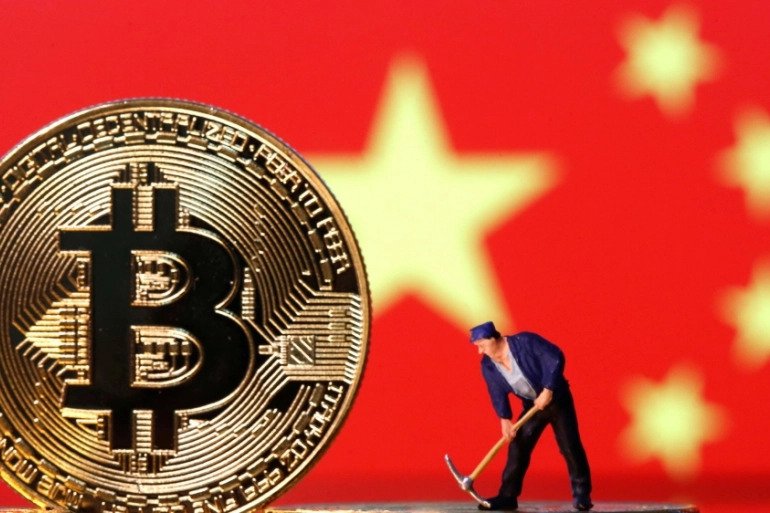 Chinese authorities seem to be putting things in order rather than waging war on crypto, aiming to further crippling the U.S. economy. U.S vs China The escalating trade battle between the United States of America and China is now in its fourth year. Former U.S. President Donald Trump observed different results than he anticipated: America

Chinese authorities seem to be putting things in order rather than waging war on crypto, aiming to further crippling the U.S. economy.

The escalating trade battle between the United States of America and China is now in its fourth year. Former U.S. President Donald Trump observed different results than he anticipated: America is hurt by rising tariffs and penalties on Chinese firms and hasn’t reaped the same benefits. It has resulted in the loss of up to 245,000 employees in the country. According to the U.S. Chamber of Commerce, the scenario jeopardizes each state’s exports. The cost of damage to Florida’s exports, for example, has already surpassed $1.9 billion.

At the same time, China was pursuing a more calculated strategy, imposing reciprocal penalties, and exporting its goods through intermediary nations (Vietnam, Taiwan, and Mexico) and making the U.S. pay for unsecured and poorly regulated assets cryptocurrencies.

Without realizing it, the U.S. pumps billions of dollars into China’s economy every year. This is because China mines most Bitcoin (BTC), which gets traded chiefly for U.S. dollars worldwide. It is home to 65 per cent of the world’s mining farms.

Powerful machines tackle challenging math problems 24 hours a day, seven days a week, to win Bitcoin incentives. The crypto exchanges receive part of the newly minted coins while storing the rest in miners’ crypto wallets before selling for dollars. Every day, they mine around 900 BTC, generating about $31 million in revenue (as of the end of June). That implies the miners have made almost $10 billion in only a year.

Considering China’s equity of mining farms, the local miners have earned about $7 billion since last summer. If the price of Bitcoin and its popularity continues to rise, annual revenue will double or perhaps triple. The money will flow throughout the country’s economy in some form or another: spent, hoarded, or invested.

Under the Party’s Control

The Chinese government is conscious of the volume and significance of cryptocurrency investments in U.S. dollars. Despite the increased regulation, it is clear that the government will not eliminate Bitcoin.

In 2013, China imposed restrictions on crypto transactions for banks and payment firms. They also shut down local crypto exchanges in 2017 and restricted access to overseas platforms. Locals, on the other hand, might lawfully possess Bitcoin anywhere at the moment. Instead of imposing new limitations, we see now simply a reminder of prior ones placed on financial firms. On the one hand, the Chinese authorities aim to prevent the “transmission of individual risks to the social field,” but they also keep the door open for foreign investors.

At the same time, the Chinese government has begun to limit mining, which has alarmed many market players. Excessive energy usage and carbon dioxide emissions are the stated reasons for the country’s failure to achieve carbon neutrality by 2060. However, the actual situation differs from official claims.

First, Chinese miners regularly use cheaper hydroelectricity, abundant in southern regions, and only use fossil-based fuel during the dry winter season when they travel north.

Furthermore, the authorities have explicitly banned all new and existing mining projects in three provinces: Qinghai, Inner Mongolia, and Xinjiang. Other regions with abundant hydropower resources, such as Yunnan and Sichuan, did not rush to implement a complete ban. While Yunnan plans to shut down just illegal BTC mining farms as part of a “campaign against electricity misuse,” a report in June states that they shut all the mining farms in the province.

Rather than declaring war on cryptocurrencies, Chinese authorities appear to be putting things in order. The Bitcoin supply’s technological constraints are working in China’s lieu: It allows the government to influence the price of cryptocurrency while keeping it in the hands of miners and preventing it from being sold on financial markets. If the limits are tightened, this could further lead to the transfer of mining powers among other nations. BTC.TOP, Huobi, and HashCow, three Chinese mining equipment makers, have stated that they stop domestic sales from growing their worldwide footprint, including North America.