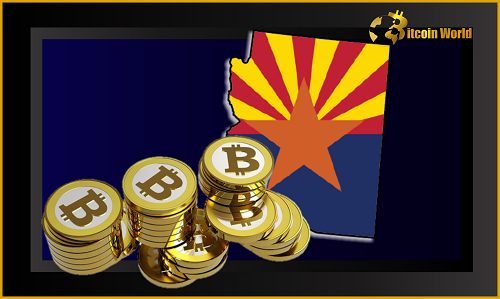 A recent report shows that Arizona is possibly making plans to adopt Bitcoin as a legal tender.

Senator Wendy Rogers introduced the bill proposing to add Bitcoin to the list of financial instruments considered a legal tender in the state of Arizona.

This means all financial transactions currently carried out in USD would likely be done in BTC, including payments and payouts.

Businesses will have full control over when and how they can use bitcoin. And Citizens can also decide to receive their salaries in bitcoin.

The bill emphasizes “Bitcoin” and not the cryptocurrency in general. It doesn’t mention any other digital currency aside from Bitcoin.

By enacting the bill, Arizona would become the first US state to make bitcoin a legal tender.

El Salvador became the first country to adopt Bitcoin as legal tender in September 2021 after President Nayib Bukele presented a bill that would equate BTC to USD.

Texas would possibly make a similar move as Governor candidate Huffines declared that if he wins the election, he will try and make Bitcoin a legal tender in his state.

Huffines said, “Texas must stop the federal government from shutting down the industry and discriminating against Bitcoin holders.”

Adopting Bitcoin, an incorruptible form of money that is also sounder than the USD, as a legal tender, should be an advantage to the state of Arizona and its citizens.

However, would this move have any impact on Bitcoin’s current value? Tell us your opinion.

Bitcoin Follows The Price Path Of A Surge Altcoin With Over 10,600%

Billionaire Orlando Bravo Has Bitcoin Investment And Has Bullish Thoughts

Citi Bank reports that Bitcoin may transition to the currency of...