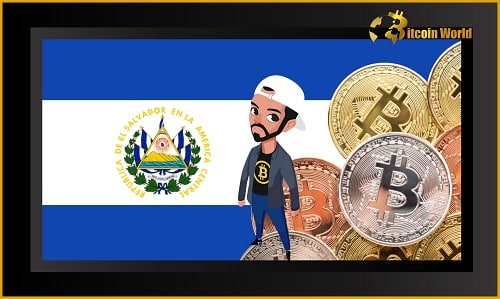 While the crypto market has become extremely fearful, El Salvador President Nayib Bukele wants to keep his head high and sees the situation as a buying opportunity. President Bukele stated a few hours ago that El Salvador’s Treasury had purchased another 410 Bitcoins for a stunning $15 million.

Salvador Bukele’s, on the other hand, has come under fire since the country’s Bitcoin investments have resulted in unrealized losses of more than $15 million. El Salvador’s Treasury presently holds about 1400 bitcoins.

“That means you wasted over $36,500 per Bitcoin. If you want to make bad bets on Bitcoin do it with your own money.”

” Why didn’t you include in your tweet how many Bitcoin you HODL, and how much money you have already lost. I warned you not to buy the last dip. Don’t buy the next!”

El Salvador’s credit rating was also reduced by Moody’s last year, as the country’s USD bonds have been in free slide since the country’s Bitcoin move last year. President Nayib Bukele of El Salvador, on the other hand, has opted to give all of his detractors a pass and proceed with their Bitcoin plans.

El Salvador’s government is proposing to make Bitcoin-backed loans available to small enterprises. The program will address the urgent need for small business owners to obtain affordable financing for their businesses.

Binance increases their stake in Ultiverse to $5 million

Crypto exchanges are accused by the SEC of trading against clients

In India, cryptocurrencies, like betting and casinos, may soon be subject...

Bitcoin Will Cross $28K In Near Future: Max Keiser

India Plans To Roll Out Crypto Regulation Bill In February