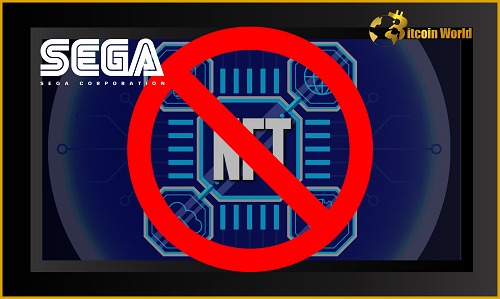 Sega, a well-known video game company, may not introduce NFTs due to fears that they are a money-making technique.

Despite the fact that some regard gaming NFTs as a perfect use case for blockchain and cryptocurrency, gamers are beginning to question the motivation behind their widespread adoption.

Skepticism of NFTs isn’t new, as evidenced by the reaction to the high cost of in-demand NFT artwork. While gaming NFTs do at least provide in-game functionality, some people still hold the same cynicism.

YouTuber YongYea recently told his 1.17 million subscribers that the game industry is trying hard to “normalize NFTs” in a video. However, he claims that this goes through without justification as to how and why it will benefit gamers.

“Numerous game companies have already expressed their desire to normalize NFTs”
“and have to provide any sort of good reason, explanation,”
“example, as to how this would revolutionize gaming…”

He laments the trend toward Play-2-Earn, in which games become less about enjoyment and escapism and more about “an investment opportunity” for publishers.

Sega is aware of the opposition. Sega CEO Haruki Satomi recently stated in a management meeting that his company is interested in experimenting with NFTs. Satomi, on the other hand, acknowledged the negative feeling that surrounded them.

He raised reservations about Sega’s handling of the situation. Then, emphasizing the necessity to placate authorities as well as assessing users’ acceptable limitations.

“We need to carefully assess many things such as how we can mitigate the negative elements,”
” how much we can introduce this within the Japanese regulation,”
“what will be accepted and what will not be by the users.”

Satomi states that if it is focusing that NFTs provide no practical benefits to gamers. Also, he will not include them in Sega’s offers.

By staking market cap, Terra LUNA dethrones Ethereum 2.0 as the...

Bitcoin Price Set To Correct If Stimulus Fails To Extend

Sheetz is ready to accept Bitcoin and crypto payments

Bank Of Japan To Inaugurate Digital Currency On Experiment Basis

India Exchanges Records Shiba Inu and Dogecoin As the most traded...

A New Threat To Crypto Markets From China-Taiwan?