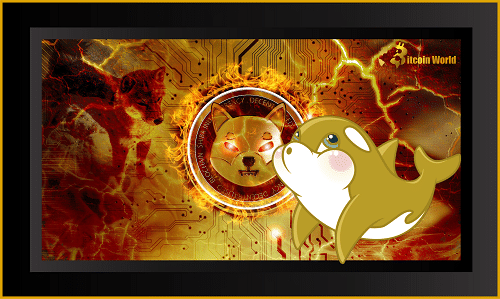 When Ethereum ($ETH) whales joined the movement and helped burn tokens, the rate at which the meme-inspired cryptocurrency Shiba Inu ($SHIB) tokens are being burned increased by 100% earlier this week, reaching 61 million SHIB in just 24 hours.

Shiba Inu’s burn rate increased significantly over 100% in the previous 24 hours, according to data from the Shiba Inu burn tracker Shibburn, after a total of 61.1 million SHIB tokens were burned in 13 transactions in just 24 hours.

Market watchers noticed the burning cycle because it involved whales from the cryptocurrency community who burned a total of 45.7 million tokens between two different Ethereum wallets.

Shiba Inu tokens are effectively destroyed because they cannot be recovered when they are sent to so-called dead wallets, which are wallets on the Ethereum network that no one has access to.

The SHIBArmy has long supported token burns as a way to lower the circulating supply of the meme-inspired cryptocurrency and, if demand holds or increases, increase the value of circulating tokens. The Shiba Inu community burned 410 trillion tokens in total by the end of last year.

The community of the meme-inspired cryptocurrency has organized a number of ways to earn money and burn SHIB, including through an Amazon affiliates program and through music playlists popular among the community.

Notably, users on the Nasdaq-listed cryptocurrency exchange Coinbase now hold onto the meme-inspired cryptocurrency Shiba Inu ($SHIB) for an average of longer than six months before selling it or moving it to another address.

Shiba Inu investors on the platform now hold their investments for an average of 190 days, which is longer than the average hold period for other significant cryptocurrencies like Bitcoin ($BTC), Ethereum ($ETH), Cardano ($ADA), and Solana ($SOL).

Since developers and the community continued to run Shiba Inu even after the project’s founder left, and since new, well-liked solutions are soon to be released, Shiba Inu investors are probably holding onto their investments.

Following the success of Voyager, FTX sets its sights on the assets of Celsius Network