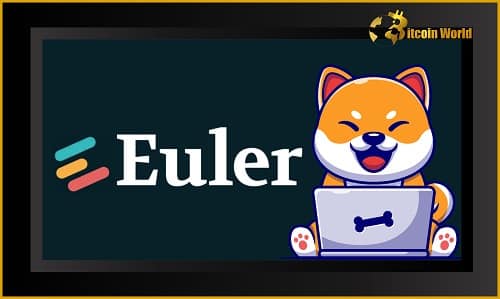 Shiba Inu is now active on Euler Finance, a noncustodial Ethereum protocol that allows users to lend and borrow nearly any crypto asset. As a result, Shiba Inu owners can now borrow and lend tokens while earning interest.

So, According to Euler Finance, “SHIB hosts a dedicated community that has grown the token from a meme coin to a vibrant ecosystem with a nearly $16B market cap!”

Shiba Inu is continuing a pattern that began in late 2021, when it received a burst of listings from many exchanges throughout the globe. Gemini, Kraken, CoinDCX, Bit2Me, South Korean Korbit, and Singapore-based Coinhako were among them. The SHIB community now expects Robinhood to include Shiba Inu as well. As of press time, 555,066 people have signed a petition about it.

Queenie, the moderator of the SHIB Discord channel, indicated towards the end of 2021. That, the Shiba Inu community will be in for a “huge surprise when we enter 2022,” but did not elaborate.

So, The network continues to grow as holders anticipate the release of amazing things into Shiba Inu’s ecosystem. Of course, with the current total holder count at 1,130,443, according to WhaleStats.

The Shiba Inu token burn is likewise going at a steady pace. Lastly, According to Shibburn, out of the initial 1 quadrillion SHIB supply, 410,300,753,866,373 SHIB had been destroyed.

Tyler Winklevoss Says ‘DeFi Revolution Is Upon Us’

After receiving $33 million in cryptocurrency donations, Ukraine declares the ‘Airdrop...

Trading of Sands Vegas Casino Club NFTs has been halted by...

Coinbase Debit Card Now Out For Use In USA