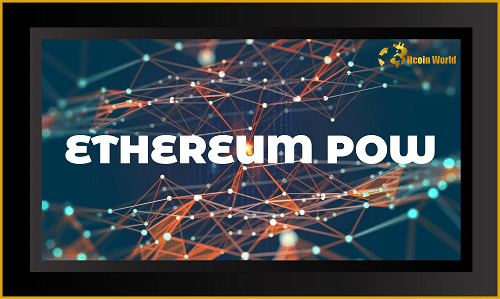 The First Ecosystem List is Announced by EthereumPoW (ETHW)

Web3 enthusiasts were encouraged to submit their products to the initial ETHW ecosystem list by the core contributors of EthereumPoW (ETHW), the most well-known Ethereum (ETH) spin-off on the proof-of-work (PoW) consensus.

The first building on the EthereumPoW eco list is now being constructed, according to a tweet sent by EthereumPoW (ETHW) core contributors.

Web3 teams must give brief descriptions of their products in the announcement’s comments in order to be included in the first ecosystem index of ETHW-centric products.

Contributors to EthereumPoW (ETHW) are primarily interested in the project’s home page, a synopsis of its features (DEX, marketplace, etc.), and a link to a user guide.

EthereumPoW (ETHW) contributors made it clear that only main and official Twitter accounts can submit the information in order to ward against scams.

To kick off the weekend, DOGE reaches a 1-month high