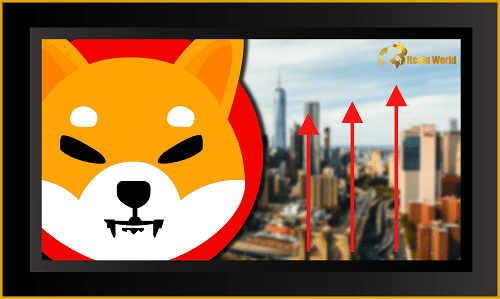 Meme coins like Shiba Inu (SHIB), which had remarkable growth in 2021, have been negatively damaged by the continuous instability of the cryptocurrency market. Despite the weak markets, some SHIB investors may be betting on the asset to rise by steadily accumulating the coin while oblivious to the state of the market.

In instance, SHIB had added around 35,834 new holders in the previous three months as of September 23, totaling 1,226,030 holding addresses. According to data from CoinMarketCap, the additional investors reflect an increase of around 3% from the 1,190,196 registered on June 27.

According to the data, the number of SHIB holders increased significantly from the end of June until an early August decline.

The Significant Volatility Of SHIB

In the interim, SHIB’s price trend is still experiencing difficulties in line with the larger cryptocurrency market. It should be noted that the asset is still working to reach its 2021 highs, when it experienced increases in both value and popularity.

SHIB’s value has fluctuated during the past three months, hitting highs and lows, but the price has largely held steady. SHIB reached its highest price during this time on August 15 when it traded at $0.000017; as of press time, it was still trading at $0.000011, up over 5% over the previous day.

Interestingly, according to the IntoTheBlock data, 30% of SHIB investors have been holding the asset for more than a year. In general, despite the downturn, the investors may have held off on selling. Such holders are trying to rid SHIB as an asset for earning rapid returns while also fostering a bullish feeling among investors.

Investors are probably drawn to the asset by its growing utility in addition to the prospective bets made by new SHIB holders that the currency would appreciate. It is important to note that criticism regarding the lack of value caused interest in meme cryptocurrency to wane.

However, SHIB is making headway into the expanding non-fungible token (NFTs) area while progressively documenting application cases in industries like payments. The SHIBOSHIS project, a collection of Shiba Inu NFTs that will enable holders to actively participate in NFT minting and trading, digital land purchase, and VR gaming, is in fact being advanced by the Shiba Inu ecosystem.

In parallel, SHIB is preparing to launch its gaming ecosystem, which will enable NFT holders to partake in metaverse gaming.

SEC Attempts To Establish XRP As A Security