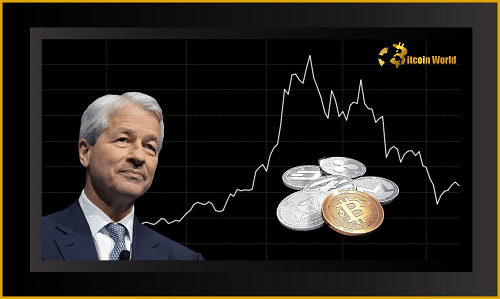 Takis Georgakopoulos, worldwide head of payments at JPMorgan Chase & Co., stated that the demand for cryptocurrencies as a form of payment has drastically decreased over the past six months in an interview with Bloomberg Television on Tuesday.

“When it comes to crypto as a payment method, we have a lot of demand for our clients, let’s say up until six months ago,” said Georgakopoulos. “We see very little right now.”

According to data from CoinGecko, the price of Bitcoin has decreased by more than 55% during the last six months.

While Georgakopoulos acknowledged that the bank continues to help customers who prefer to use cryptocurrencies as a form of payment, he added that they are avoiding principle risk on the assets and that they are still “a limited use case, at least for now.”

Nevertheless, Georgakopoulos claimed that JP Morgan saw cryptocurrencies as “an alternative payment in the future that has some intrinsic advantages and also some challenges compared to regular payment methods,” with both benefits and drawbacks.

According to him, some benefits of the asset include its capacity for information transmission as well as its security and privacy.

Because of this, according to Georgakopoulos, JP Morgan continues to invest in cryptocurrency initiatives and track the evolution of digital currencies issued by central banks (CBDCs).

He mentions that the bank is developing its own blockchain network, called Onyx, that will enable it to deal with both fiat currencies and future iterations of digital currencies, or CBDCs.

One of the first banks to enter the cryptocurrency market, JPMorgan is now a major backer of the London-based digital asset firm Ownera and tested the use of blockchain for collateral settlements in May.

The difference between DeFi and open banking