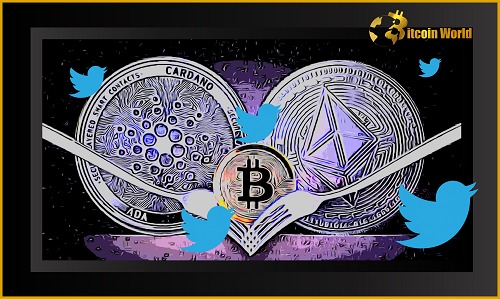 In a hypothetical world without Ethereum, Cardano’s ADA beat out Bitcoin. That’s, as the preferred currency in a Twitter poll conducted by Ethereum developer Vitalik Buterin.

On Friday, Buterin asked his 3.1 million Twitter followers which currency. That’s, aside from Ethereum, they would prefer to see utilized in 80 percent of all global transactions by 2035. Of course, with the options being USD, Bitcoin, ADA, and Solana’s SOL.

Cardano, the native cryptocurrency of the Cardano blockchain, was founded by Ethereum co-founder Charles Hoskinson. Then, and has long been a contender in the “Ethereum killer” discussion. Which seeks to discover competing blockchains that could dethrone the market leader.

According to CoinMarketCap, ADA has risen almost 13% since Buterin’s poll on Jan. 14 and was trading at US$1.42 at press time, leapfrogging fellow “Ethereum killer” SOL to take fifth place in the crypto top ten.

The ADA rebound comes after the cryptocurrency has dropped more than half of its value after hitting an all-time high of US$3.10 in September, just before Cardano’s much anticipated Alonzo upgrade, when it was a top three cryptocurrency by market capitalization.

TRON has 51.3 percent of roughly 360,000 voters in a second Twitter poll issued by Buterin on the same day. Thereby, beating out BNB with 22.8 percent, Chinese yuan with 4.1 percent, and NEO with 21.8 percent of the votes.

Salman Khan is among the Bollywood stars who are attempting NFTs

Some Russian Coinbase users have been warned that their accounts may...

Why Bitcoin Bulls Are Betting On Indian Market

India could see Bitcoin and Ethereum futures ETFs in the near...