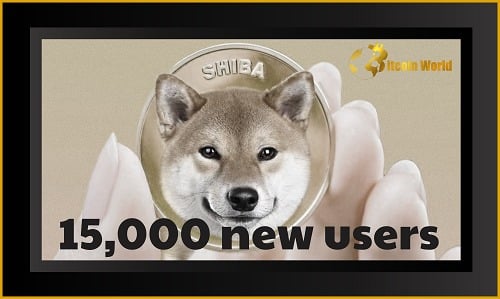 The cryptocurrency market remains pessimistic, with the great majority of assets trading in the red; nevertheless, interest in Shiba Inu (SHIB) does not appear to have diminished, with the asset even attracting new investors.

In fact, as of May 10, the dog meme cryptocurrency has gathered over 15,000 holders in less than a month; however, since then, SHIB has had even more amazing results, accumulating over another 15,000 in less than a week.

According to data from CoinMarketCap at the time of publication, theImage : SHIB Total addresses in the last month. Source: CoinMarketCap number of meme token holders on May 16 was 1,161,805, which is 43 holders shy of 15,000 holders.

With 1,132,280 holders as of April 17, SHIB has attracted about 30,000 new holdings in the last month alone, indicating that more investors are buying the asset as its price declines.

SHIB has had significant price and market capitalization drops, which have become even more acute recently as a result of the global market downturn.

Terra Reserves are on their way, according to a (LFG) Luna Foundation guard member

Grayscale is preparing to launch its first European ETF