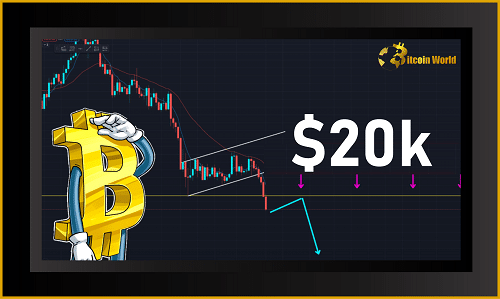 The previous week, when the US Federal Reserve’s actions caused it to decline to a three-month low of $18,100, saw significantly less volatility for Bitcoin.

The investment gained some ground and stabilized at about $19,000. It actually stayed there for the majority of the weekend and even Monday.

The cryptocurrency’s price experienced its first significant change on Tuesday, rising to a 12-day high of $20,400. The bears pushed the asset sharply south as the bulls were getting ready for yet another leg up, serving as a reminder of their power in the market.

As a result of yesterday’s failure to register significant gains, alternative coins are currently behaving somewhat calmly than usual.

Continued post-Merge difficulties for Ethereum. Just over two weeks ago, when the switch to PoS was complete, it was trading above $1,600, but in the days that followed, it crashed to $1,200. Although it has since gained some ground, it has been unable to climb above $1,350.

The recent success of Ripple may have been attributed to the favorable developments in the SEC case. After touching $0.5 yesterday, XRP has since slightly reversed course by 3% in one day. On a daily basis, Binance Coin, Cardano, Solana, and Polkadot are all marginally down.

Uniswap and QNT are the only mid-cap alternatives with noticeable gains at the moment.