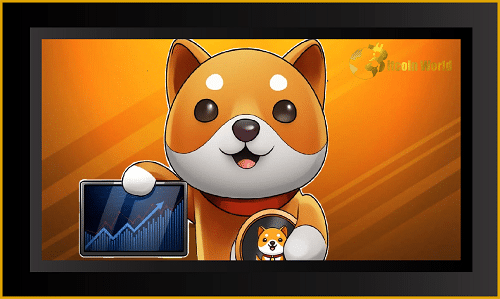 According to a tweet made earlier today, the testnet for BabyDoge’s new swap protocol has officially launched. According to data from CoinMarketCap, the token’s price is now positive.

Fees for partner projects have been eliminated by the exchange protocol. Popular coins, however, are subject to standard fees. The Simplex widget will serve as a gateway for users to utilize their cards to purchase cryptocurrency.

Users must connect to Metamask or one of the other well-known wallets in order to begin utilizing the testnet. Any token can be exchanged for BSC once your wallet is connected.

Soon, more pairs with well-known digital currencies like Bitcoin and Ethereum will be offered. CertiK, a blockchain security company, was in charge of examining the exchange protocol. According to a tweet on August 10, BabyDoge was the token that received the most attention last week.

The protocol also includes farming, staking, voting, and exchanging as features. A recent AMA revealed that the BabyDoge team also intends to publish a game that will let users wager tokens, some of which will ultimately be burned.

There will soon be physical BabyDoge cards that will allow users to use the token with retailers all around the world. The project’s team intends to “aggressively” launch the exchange protocol’s marketing campaign.

It’s unclear whether it will be able to compete with PancakeSwap, the top decentralized exchange on BSC, which, according to data provided by DefiLlama, currently counts $3.27 billion in total value locked.