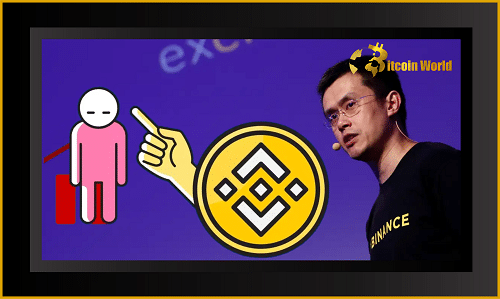 According to CZ, the founder of Binance, “bad” crypto projects shouldn’t be bailed out

Changpeng Zao, CEO of Binance, has said that cryptocurrency companies that have delivered products that are badly planned, poorly managed, or both should be left to fail.

Changpeng “CZ” Zhao, the founder and CEO of Binance, contends that “poor” crypto projects should be allowed to fail; and without assistance from crypto companies with substantial capital reserves.

CZ said that companies who have delivered poorly designed products or have been poorly run should not be given bailouts but should be allowed to fall instead:

“To put it simply, these are ‘bad’ ventures. These shouldn’t be kept around. Sadly, several of these “poor” enterprises have a lot of users. They were frequently attracted by overly generous incentives, clever marketing, or straightforward Ponzi scams.

“Furthermore, there are usually more unsuccessful ventures than successful ones in any field. The successes should outweigh the failures, hopefully. However, you get the gist. Bailouts in this situation are absurd, he continued.

The remarks coincide with recent efforts by crypto billionaire Sam Bankman Fried to rescue businesses and projects. That have recently run into financial difficulties. One example is Voyager Digital, which received a revolving loan of 350 million USD Coin (USDC) and 15,250 Bitcoin (BTC). That is currently worth $464.48 million.

However, CZ continued, Binance could consider assisting some cash-strapped businesses that either have “issues but are fixable” or are “barely surviving but have huge promise.”

“Many projects have approached us seeking dialogue and engagement. Once more, these categories are not precise labels in real life. To make a decision, we must carefully examine each project. As they all saw themselves as belonging to the third category. There is some subjectivity involved,” the speaker added.

The present bear market is causing liquidity problems for a number of businesses; and exposure to potentially insolvent companies and projects like Three Arrows Capital and Celsius is making other businesses extremely vulnerable.

The CEO of Binance echoed similar concerns expressed on Tuesday by SEC commissioner Hester Peirce of the United States; who argued against crypto bailouts in general.

The pro-crypto commissioner known as “Crypto Mom” stated that it is preferable to “let these things play out”; rather than bailing out struggling businesses in order to develop a more sustainable market.

“You find out who’s genuinely creating something that might continue for the long, longer term. And what is going to pass away when things are a little tougher in the market,” she said.

Ju CZ stated that the goal of his company is to enable autonomous blockchain-based enterprises. As part of this decentralization effort, the CEO also referred to his own business.

Although the company may not be as decentralized as advertised. According to remarks from allegedly anonymous former Binance employees, CZ has complete control over the organization and its operational choices.

He’s the holding company at the end of the day, a former worker informed the media.

Given that CZ has never officially said that Binance was a decentralized corporation despite his support for the idea. The Bloomberg article’s perspective may need to be taken with a pinch of salt. The Binance Smart Chain does, however, make the claim to be a decentralized eco-system. But It has in the past faced legitimate criticism for its lack of one.

While CZ has targeted badly run businesses this week, Binance’s management structure has also been under scrutiny.