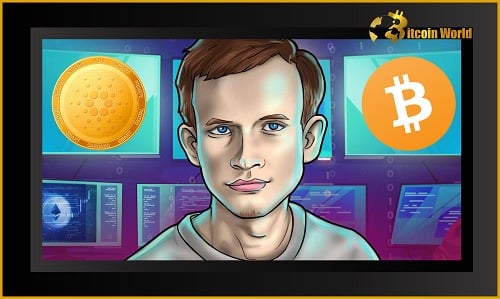 Vitalik Buterin, a Russian-Canadian programmer, has taken to Twitter to find out which cryptocurrency the Ethereum community considers to be the most viable alternative.

He polled his 3.1 million followers to see which currency, other than ETH, they thought will be the most popular means of payment and store of value in 13 years.

Bitcoin holds a commanding lead in Buterin’s first poll, with over 401,000 votes. Cardano came in second place with 29.4 percent of the vote, after briefly being at the top. Solana is in third place, now as the top “Ethereum killer” (14 percent ). Only 7% of respondents thought it was plausible to forecast that the US dollar would continue to be the world’s leading currency in 2035.

Binance Coin is currently leading a separate poll with over 147,000 votes, with a 39 percent share of the vote. Tron is the runner-up, followed by Neo.

In response to Buterin, many municipalities began promoting their own projects. In the comments, the Dogecoin co-founder also promoted his humor coin. So, earlier today, Tesla began accepting DOGE for some products, resulting in a 17 percent price rise.

While Ethereum had a spectacular year last year, some analysts, such as JPMorgan’s Nikolaos Panigirtzoglou, believe the meme coin will continue to lose market share this year due to scaling concerns.

Buterin’s Twitter activities indicated that he was in a self-deprecating mood. So, the co-founder Vitalik Buterin recently urged Twitter followers to show him the craziest examples of criticism directed at him. Lastly, The billionaire remembers being referred to as “an alien crackhead” at one point.

Election candidates must disclose their crypto holdings in Russia