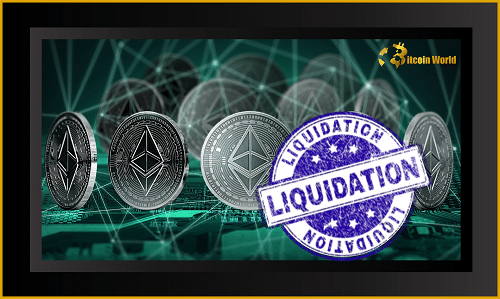 On a 24-hour basis, the total value of liquidated holdings is once more increasing and has reached $400 million.

This occurs at a time when the whole cryptocurrency market has turned negative, with ETH leading the pack after a brutal 10% daily decline.

Following the eagerly awaited Merge, Ethereum’s price was already in trouble, as it appears Mark Cuban’s prediction that it would be a sell-the-news event has come to pass.

When the Merge eventually happened last Thursday, the asset was trading about $1,600; however, a few hours later, it started to decline sharply.

With ETH falling below $1,300 for the first time since mid-July over the past 12 hours, the bulls have suffered greatly. It entered the weekend at about $1,450.

The state of the market as a whole is not much better. Yesterday, Bitcoin reached a high of just over $20,000, but the leading cryptocurrency has since dropped precipitously and is now struggling to stay below $19,000.

Additionally, from the larger-cap cryptocurrencies, Cardano, Polkadot, Shiba Inu, and Polygon have dropped by up to 10%.

A number of lower- and mid-cap alts see severe losses, including Uniswap, NEAR, Litecoin, and Chainlink, which all display double-digit declines.

On CoinMarketCap, the total value of the cryptocurrency market is falling by $60 billion each day to just over $900 billion. These unfavorable pricing changes occur before this week’s anticipated interest rate increases from the US and EU central banks.

Given this increased volatility, it is hardly surprising that daily total liquidations have risen to just about $400 million. They had reached $300 million just in the last twelve hours.

Over 120,000 traders have seen their positions destroyed, and BitMEX is currently seeing the single-largest liquidations, totalling $10 million.