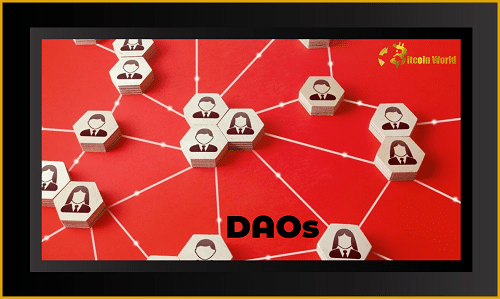 The Bitcoin network might be seen as the first DAO, albeit a very basic one. There is no hierarchy among players, and it is decentralized and coordinated by a consensus system.

The organization’s guidelines are laid out in the Bitcoin protocol, and using bitcoin as money gives users an incentive to protect the network. This guarantees that all members may cooperate to maintain Bitcoin’s status as a decentralized autonomous organization.

In the case of Bitcoin, this is accomplished by storing and transmitting value decentralized from a central authority. But what other purposes may DAOs serve?

Different use cases, such as decentralized venture funds or social media sites, may employ more complex DAOs. The operation of devices connected to the Internet of Things could likewise be coordinated by DAOs.

Decentralized autonomous corporations are a subclass of DAOs that have formed. A DAC might offer services comparable to those offered by a regular business, such a ridesharing service. The key distinction is that it functions sans the typical corporate governance framework.

An autonomous vehicle that is owned by itself and participates in a DAC and offers ridesharing services could conduct business with people and other intelligent devices. It might even activate smart contracts and carry out certain duties on its own using blockchain oracles, like visiting the mechanic.

What are the risks of DeFi?