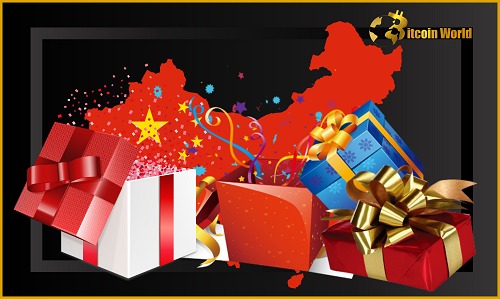 For the Chinese New Year holiday season, which begins on February 1, some mainland tech companies are releasing digital collectibles as a unique gifting alternative.

Authorities have opposed the use of the term “digital collectibles,” which are effectively non-fungible tokens (NFTs).

According to the firm, Chinese search engine Baidu’s XuperChain has debuted its digital collectibles platform. That’s, with a series commemorating the Year of the Tiger.

As part of the New Year’s celebration, UnionPay plans to release at least eight editions of digital collectibles.

On Wednesday, NetEase, a Chinese video game company, created a digital collectable platform built on its own blockchain technology.

China has not prohibited NFTs, unlike cryptocurrencies, but official media has warned against the latter’s speculative nature, while Alipay and Tencent repackaged NFTs as digital collectibles in October.

Dan Morehead Describes Bitcoin As The Most Asymmetric Trade in a...

LINK Now The Most Traded Token Among Ethereum Whales Within 24...

pNetwork gets $12.7 million in Bitcoin stolen in the latest DeFi...

Infrastructure Bill to be voted on by the US House of...

MATIC (Polygon) is just 25% below a New All-Time High