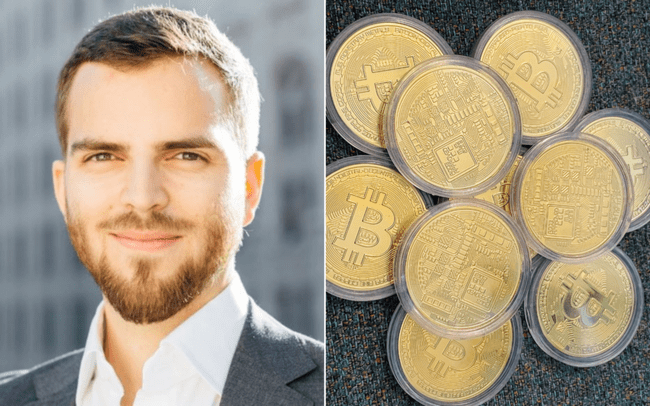 German-born Stefan Thomas has only two attempts left to regain his Bitcoins worth $220 Million locked in an IronKey hard drive since 2011.

A computer program has only two attempts left to figure out his password before its contents are encrypted. If this happens, he will lose access to a digital wallet containing an estimated $220 million worth of Bitcoin. German-born Stefan Thomas, who now resides in San Francisco, told the New York Times that he received 7,002 Bitcoins. An early cryptocurrency enthusiast transferred BTC to him in 2011 after developing a ‘What is Bitcoin?’ explainer video.

However, in the same year, he lost his password – identified as a digital key – to the online wallet. Despite seeking all his regular combinations, he has remained locked out as the cryptocurrency price has risen in the past month. During that time, the cost of Bitcoin wasn’t anywhere near its prevailing price, approximately $33,900 on Coinmarketcap. Therefore, he got a lot of cryptocurrencies. Unlike in other stories, where people who held BTC earlier lamented terminating their Bitcoin portfolio too soon, Thomas did otherwise. He intended on having the cryptocurrencies for the long term.

To secure the bitcoins, he moved the portfolio of coins to an IronKey hard drive. Since 2011, the cryptocurrency has seen a significant rise in value, and following the current price, Thomas’s Bitcoin portfolio should be worth about $237 million. Regrettably, the computer programmer can’t obtain these funds as he lost the password to the hard drive covering the cryptocurrencies. He also wrote down the password on paper, which has even gone missing.

Speaking of IronKey hard drives, it enables the users to correct password ten times to encrypt the data stored on them. Nevertheless, Thomas elucidated that he has already attempted eight times, with only two attempts remaining. Thomas stated that his failure to access his Bitcoin has lead to countless sleepless nights. Fortunately for Thomas, he has already made his wealth on another currency named Ripple.

However, he’s not the only person to have millions of dollars worth of Bitcoin hovering around in the cybersphere as they’ve neglected their password. LA-based entrepreneur and investor Brad Yasar stated that he had hundreds of millions of dollars in Bitcoin that he can’t obtain as he has lost the codes.