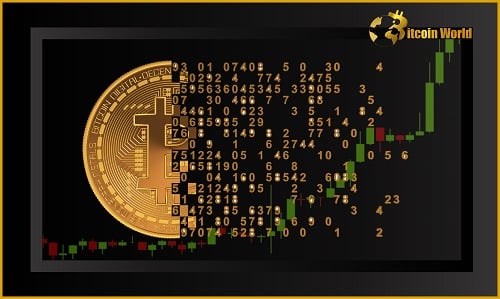 Bitcoin 2022 has had a terrible start to the year, with the BTC price falling by more over 10% in the first 12 days of January. Bitcoin is approaching the death cross formation on the technical chart, indicating that we may be in for more agony ahead.

When the asset’s price falls below its 200-day moving average in the last 50 days, the death cross appears. This indicates that the momentum is reversing. Bitcoin, according to Mati Greenspan, founder of Quantum Economics, is approaching a similar death cross pattern later this week. He remarked, “The chart is quite clear.”

Although the death cross signal suggests a bearish trend, Bitcoin’s history with the indicator is varied. During March 2020 and June 2021, Bitcoin managed to overcome the death cross risk and then rose higher to form a golden cross. However, following the death cross in November 2019, Bitcoin began trading lower a month later. Greenspan said in a statement to Bloomberg on this:

“Some people say it’s bearish, but for Bitcoin, just about all previous death crosses”
“or golden crosses have proven to be a good buying opportunity,”
“along with any other indicator under the sun for everyone who entered before 2021”.

So, Juthica Chou, head of OTC options trading at Kraken also adds:
“The history is really mixed — there’s no surprise given that some of the macro backdrop”
” is affecting price action, but we’ve seen a healthy bounce over the last 24 hours.”
“And I think the fundamentals are still really strong.”

Today’s cryptocurrency prices are as follows: After the profit booking round,...

Fed says, The US economy is at risk from sharp interest...

Dfinity Rolls out Network Nervous System for its ICP

Launch of a refreshed website that aims to make blockchain technology...

A number of Goldman Sachs employees are relocating to the United...

Are Crypto Assets gaining ground in Russia as an investment?

Saudi Arabian princess of NFTs describes NFTs as the Next Medium...

Ethereum appears to be on the verge of a new leg...