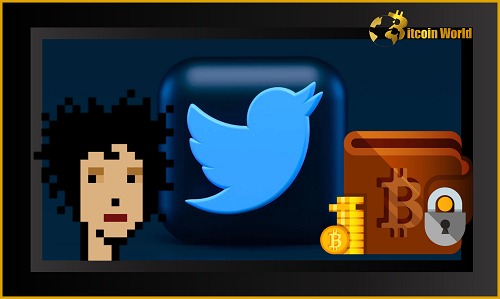 Twitter just made NFT owners’ day by announcing the availability of NFT profile images for IOS users. In September of last year, Twitter introduced Bitcoin tipping and said that users will soon be able to validate NFTs. This announcement demonstrates Twitter’s commitment to cryptocurrency adoption.

“The integration will be available for IOS users worldwide and they will be able to showcase”
“their cool NFTs as Twitter profile pictures. This service is only available for Twitter Blue”
“subscribers which is Twitter’s paid monthly subscription service.”

Some well-known Crypto influencers, such as @bobbyhundreds, and well-known NFT collections, such as BoredApes, are included in the new advertising posted by the official Twitter handle. The majority of the listed influencers owned a.eth Ethereum Name Service (ENS) domain as well.

Then, What is the new CEO’s position on cryptocurrency and Nft?

In November 2021, Parag Agrawal took over as Twitter’s new CEO, replacing Bitcoin proponent Jack Dorsey. Also, Parag used to be the CTO of Twitter, and there were rumors that he would keep Twitter’s supportive stance on the crypto market. So, Twitter’s statement today that NFTs will be allowed as profile images demonstrates the new management’s commitment to the field.

“It is worth noting while working as CTO Parag Agrawal was already overseeing”
“Twitter’s Web 3.0 projects & he himself is a big believer in Ethereum.”

Sanctions on Russia had nothing to do with the recent Bitcoin...

Twitter CEO Slam Coinbase For Steering Away From Corporate Activism