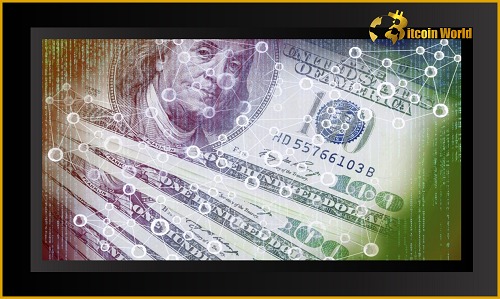 Given that other developed economies have already taken the lead in exploring CBDC initiatives, this is a positive trend. Fed Chairman Jerome Powell said in a statement on Tuesday:

“We look forward to engaging with the public, elected representatives”
“and a broad range of stakeholders as we examine the positives and”
“negatives of a central bank digital currency in the United States”.

The study only discusses the advantages, disadvantages, and potential costs. It does not, however, address whether the Fed should pursue such a project. The Fed has stated that it will not pursue a CBDC unless it receives “clear support from the executive branch and Congress,”
“ideally in the form of a formal authorizing law.”

A Few Details On The Digital Dollar And Its Obstacles

According to the whitepaper, the CBDC would be different in several significant respects from how typical digital payments are handled in the United States. While most digital transactions are presently routed through traditional banks, CBDCs would not necessarily follow suit.

The Digital Dollar will function as a digital token with a central bank claim. However, this is analogous to how actual dollars are all retained by the bearer as ‘Federal Reserve Notes.’ However, according to the Fed document, they would use a ‘intermediate model,’ in which banks and payment processors will be able to create accounts or digital wallets.

Some Fed officials also highlighted the difficulties that come with putting a CBDC on the market. Officials from the Federal Reserve wrote:

“While a CBDC could provide a safe, digital payment option for households and businesses”
” as the payments system continues to evolve, and may result in faster payment options between countries,”
“there may also be downsides. Challenges include maintaining financial stability and”
“making sure the digital dollar would ‘complement existing means of payment’.

The authorities also emphasized the importance of putting in place some legislative rules to protect Americans’ privacy while also combating illegal money.

Fed Governor Lael Brainard, citing other countries’ CBDC development, stated that the US should begin working on the CBDC as soon as possible rather than waiting.

Celebrities like Kim Kardashian are the new guidance seekers to the...

In India, women from small towns account for 65% of crypto...

Institutional money is moving away from ETH and into altcoins