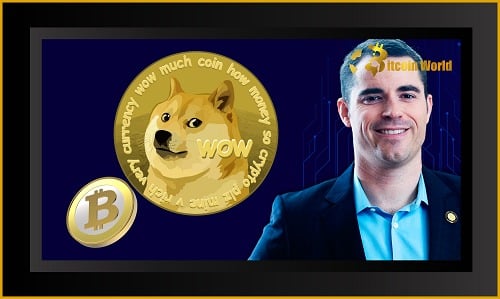 Roger Ver claims that Dogecoin is “significantly better” than Bitcoin

According to a recent interview with Roger Ver, one of the first Bitcoin users, the meme coin Dogecoin is superior to the original bitcoin.

In fact, Ver, like billionaire Elon Musk, believes Dogecoin has the potential to become the world’s dominating currency.

The 43-year-old entrepreneur, who began investing in Bitcoin and Bitcoin-related businesses in 2011, also criticized Bitcoin, stating that it had strayed from its original goal.

He received the moniker “Bitcoin Jesus” as a result of his support. Ver went on to become a key voice in the “large blocker” camp, arguing that a fixed block size would stymie adoption and ultimately to the original cryptocurrency’s collapse.

This caused a schism in the community, leading to the establishment of the “Bitcoin Cash” hard fork, which went live in August 2017.

Despite its initial success, Bitcoin Cash has faded into obscurity, ranking 26th in terms of market capitalization. After previously praising Bitcoin Cash, Ethereum co-founder Vitalik Buterin has confessed that it was a flop.

Ver claims to have a large number of altcoins, including Dogecoin and XRP, and claims that he is not a Bitcoin Cash maximalist. Despite years of significant underperformance, he still believes that the largest Bitcoin form would eventually become the world’s main currency.

Ver resurfaced on Twitter following a year-long absence. In his most recent tweet, he forecasts that if regular people begin to use custodial wallets in large numbers, Bitcoin would lose its core revolutionary property.

McLaren Makes a Entry in the Metaverse With MSO LAB Launch

The average gas fee has dropped 88 percent in the last quarter, resulting in a 44 percent decline in Ethereum revenue