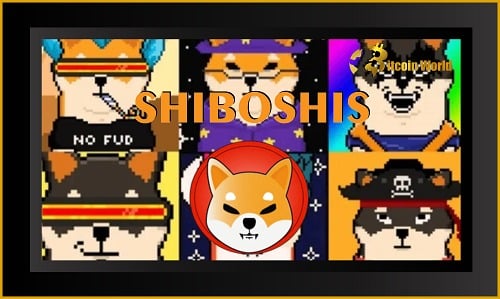 Shytoshi Kusama, a Shiba Inu developer, took to Twitter to convey his expectations for the future weeks and months. The future of SHIB has never been so bright, he says.

There’s a lot on deck in the coming weeks and months to be very excited about.” VERY.

“I updated the Shiboshi chat recently, but I’m sure we will be seeing more from Playside shortly as we near the last quarter of production,” the main developer said in response to a SHIB member who had sought information on Shiboshis.

Shiboshis are a collection of 10,000 non-fungible tokens (NFTs) created by Shiba Inus and recorded on the Ethereum blockchain in perpetuity. Shiboshis have a variety of characteristics that distinguish them and make them collectible.

Playside, Australia’s largest publicly traded video game company, announced a collaboration with Shiba Inu Games in December to create the Shiboshi Game, which will allow Shiboshi holders to use their NFTs in strategic gameplay.

So, The game’s design will be inspired by the “Shiboshi” NFT and will include card collection, strategy, and battle aspects. Another user inquired about the Shibarium documentation, to which the developer replied, “I’m hoping this month or next.”

On the weekly chart, the price of Ethereum approaches the 0.5 percent Fibonacci retracement

After the highest capitulation trading ratio in 3.5 years emerged, Ethereum is showing signs of bottoming out