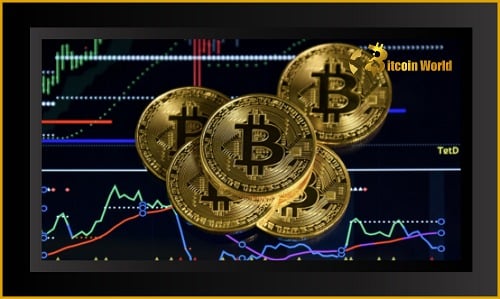 The debate over whether bitcoin (BTC) is a gold-like safe haven asset or a dangerous investment is heating up, as the cryptocurrency’s sensitivity to stock markets has intensified amid fears that the Federal Reserve’s aggressive tightening plans could send the US economy into recession.

According to data maintained by Arcane Research, the 90-day correlation between bitcoin and Wall Street’s benchmark equity index, the S&P 500, surged to 0.49 percent on Friday, the highest since October 2020.

The correlation has strengthened in tandem with a relentless tightening of the US Treasury yield curve, indicating that the Fed may struggle to avoid stagflation by raising interest rates at a quick pace without disrupting the economy.

The yield curve, which is defined as the difference between 10- and two-year yields, is currently just 20 basis points (bp) away from inversion, which is a recession predictor.

As a result, the long-held crypto market conviction in bitcoin as a digital refuge has yet to materialize.

Since the Fed boosted borrowing prices by 25 basis points last Wednesday and raised inflation expectations, the Bitcoin has gained 8%.

Some speculate that the move is an attempt by investors to hedge against inflation by storing funds in cryptocurrencies.

However, the rise appears to have been fueled by a rise in stock markets. According to statistics provided by charting platform TradingView, the S&P 500 has increased 6% since the Fed rate hike, while the tech-heavy Nasdaq index has risen 8.7%.

El Salvador has postponed the issuance of Bitcoin bonds, claiming that they will jeopardize the US dollar’s supremacy

With the new blockchain rules, NFL teams will look into crypto and NFT deals