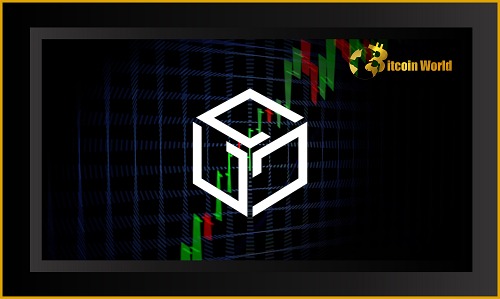 The GALA Coin has broken over the downtrend resistance

During downtrend rallies during the last three months, GALA sellers have been particularly responsive, allowing short sellers to enter new positions. The altcoin’s price has plummeted to $0.21, representing a 45 percent drop from its February high ($0.362).

With a morning star candle, buyers bounced back from this support, but they couldn’t break through the flipped resistance of $0.277. Despite sluggish price action, on March 19th, the GALA price gave a strong breakout from the descending trendline, signaling the start of a rebound.

The breakout candle tagged the 50-day EMA before turning down to retest the resistance that had been breached. At the retest, the morning star candle configuration shows that previous resistance has turned to support.

If the altcoin falls below the falling trendline, it indicates that the.

The current breakthrough was a bear trap, and the price of the currency might drop to $0.15, its low from January.

The RSI indicator slope(48), in contrast to GALA price activity, makes greater highs, implying that buyers are tightening their grasp.

The narrowing of the Bollinger band range indicates the short-term nature of GALA’s pricing. Furthermore, the altcoin sank to the midline after reverting from the top band. This neutral level may encourage buyers to go through the $0.23 support.

On the weekly chart, Ethereum (ETH) rises beyond $3000 once more, outperforming Bitcoin