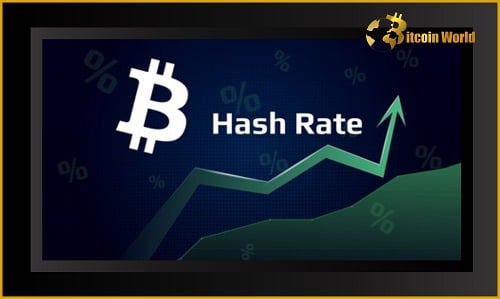 Bitcoin’s hashrate has reached a new record high of 203.5 exahashes per second. Of course, according to BitInfoCharts data, making the network the strongest it has ever been.

The entire computer power for mining new currencies and safeguarding the network is Hashrate.

The more the network becomes full, the more coins are come to existance. Then, necessitating a positive adjustment in order to avoid overproduction (and vice versa).

Following the departure of miners from China sparked by the government’s ban on cryptocurrency mining on July 3. Then, the Bitcoin difficulty dropped by a record-breaking 27.94 percent.

The network’s hashrate dipped to a local low of 58.4 exahashes per second on June 20. Although it quickly recovered thanks to Chinese miners migrating to other countries like Kazakhstan and Russia.

Bitcoin Follows The Price Path Of A Surge Altcoin With Over...

Bitcoin saw its highest daily increase since February 2021, resulting in...

Crypto taxing ultimately could become a part of the business

After the longest absence since March 2020, Bitcoin has recently reclaimed...