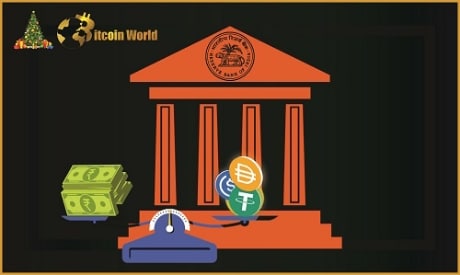 Over the last month, there has been a lot of speculation in India about plans to ban private cryptocurrencies. The country’s central bank has continued its war against the digital asset business, despite the fact that parliamentary debate on the proposed cryptocurrency bill has apparently been placed on pause.

The Reserve Bank of India recently expressed new concerns about the cryptocurrency market. This time, the skepticism is directed at stablecoins. According to local media sources, the Central Bank believes that stablecoins pegged to the US dollar or other foreign national currencies could undermine the Indian Rupee.

These concerns, according to reports, is before the government in a number of meetings. The use of stablecoins by corporations or dealers in the near future is the RBI’s key worry. Even for domestic transactions where the Rupee would normally be in use.

Furthermore, the RBI has warned that greater use and acceptance of stablecoins in the country could jeopardize the central bank’s ability to oversee currency fluctuations and volatility.

The Reserve Bank of India concerns about exchanges offering high-interest rates on stablecoin deposits are also in the local media. They were as high as 10% -12%, which is higher than fixed deposit rates, attracting investors even more.

Surprisingly, the Indian government is debating with stakeholders. On, whether cryptocurrencies should be outlaw or under regulations by the Reserve Bank of India. Many people believe that digital assets pose a “systematic risk” to the country’s economy.

Furthermore, the RBI has been a vocal opponent of Bitcoin for years. Even, attempting to outright prohibit it at one point in 2018.

Instead, the central bank is promoting the idea of an Indian CBDC. Which, is as a viable alternative to the risks with private cryptocurrencies.

The bank also recently submitted a proposal to the government to broaden the definition of “bank note” to include the CBDC. It is worth noting that the CBDC is now developing in India.

Ramesh Kailasam talks about the need for progressive and sensible crypto...

Will the Chief Regulator of South Korea get fired?

Algorand’s new features will improve speed and privacy, according to the...

As developers cash out $30 million, LooksRare behind OpenSea in sales...