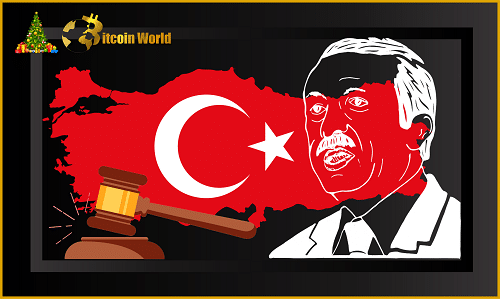 As Turkey embarks on a fundamental overhaul of its cryptocurrency policy, Santa Claus may be granting the wishes of Turkish bitcoin enthusiasts.

More so, Turkey’s President, Recep Tayyip Erdogan, stated in a press conference that he will address the crypto industry by enacting legislation to promote their legal use in the country.

Also, Turkey’s move is surprising, given that the country has not always been crypto-friendly.

So, Turkey’s President expressed his interest in the subject of cryptocurrencies. He states his team is working on a Crypto Bill. Which, will be to Congress for consideration as soon as possible.

“We will take steps on this issue by sending (the bill) to Parliament without delay. Turkey will make a leap forward with its new economic model. It is worth taking these risks.”

The document is still secret. Also, Turkey’s president is yet to say anything about it.

However, one of the bill’s main elements appears to be the central bank’s role. Of course, as a regulator for bitcoin transactions and their safe custody.

“Citizens will know that their money is guaranteed by the central bank,”

“the guarantor of the country’s treasury”

How Cryptocurrency Can Impose Threat On Government Monopoly

Ripple to hire Director of Engineering for RippleX