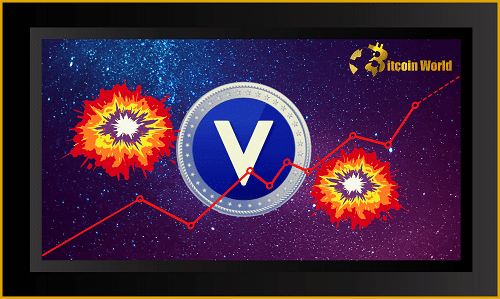 Voyager Token Explode To The Next Level

It is not clouds and thunderstorms, but rather sunshine and rainbows in the crypto realm. For the first time, after the Terra Luna fiasco, Voyager exploded to infinity. On Wednesday, Voyager registered a steady 200% return to reach an intra-day high of $0.891. However, much of this wasn’t sustained for long. As the token had again fallen to $0.559 as per Coin Gecko.

Why is Voyager Rising?

It sounds more like a Gamestop scenario where Twitter Hashtags and Telegram groups have jointly pushed the prices to the sky. As many as 2100 members have jointly promoted the token.

A 400% increase registered last week has brought back the lost momentum in the market. At the moment, there’s a surge in the staking.

How Has the Debt Structuring Progressed?

The Debt structuring has been done in a predefined manner. As per that, those holding the Voyager tokens and suffered losses will get the Voyager tokens to recover their losses. Since the token has exploded lately, it means that those who have gotten these tokens have better chances of loss recovery at the moment.

Celsius To Revive To a New Status Or Will Mt.Gox Scenario Repeated