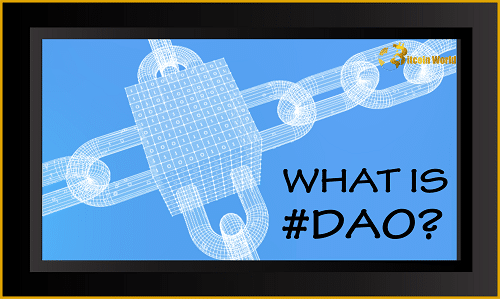 What Is a Decentralized Autonomous Organization (DAO)?

A decentralized autonomous organization, or DAO, is a community-led organization that is run entirely by computer code and has no central authority. It is possible for an organization to operate independently without the need for central leadership since the rules that govern the organization’s conduct are incorporated into its architecture.

In DAOs, decisions cannot be made or enforced unilaterally by a single person or group, in contrast to traditional organizations. The DAO style of governance is a new type of non-centralized legal framework that depends on community members submitting proposals for voting.

DAOs, which were made popular by crypto enthusiasts, use a decentralized governance system to democratize organizational decision-making.

A DAO can empower its members to decide the organization’s destiny by providing each member a voice in how it is run. In contrast to traditional corporate structures, where executives and significant shareholders frequently exercise majority control, this strategy is fundamentally different.

A key characteristic of cryptocurrencies like Bitcoin is their decentralized nature, which makes them permissionless and censorship-resistant. Such assets are maintained by computer networks whose regulations are written into their code rather than by a single entity like a government or central bank.

A team of engineers raised the concept of decentralization to the level of organizations by drawing inspiration from the decentralized nature of cryptocurrencies. The first DAO was introduced in 2016 with the goal of having all of its participants act as the organization’s governing body.

As MicroStrategy files with the SEC to purchase more bitcoin, the price of bitcoin rises