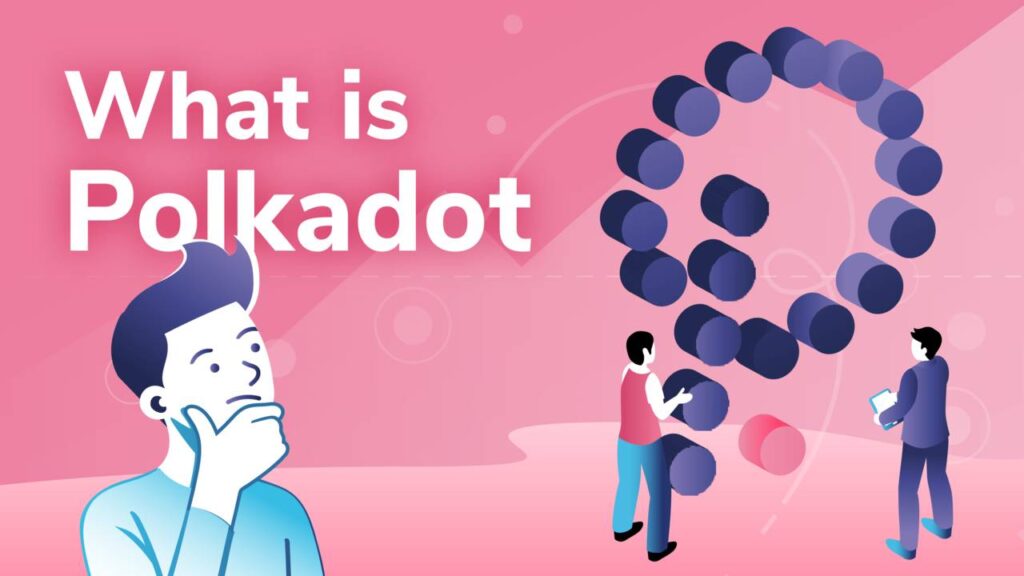 To solve many of the real-world problems, cryptocurrencies were introduced using Blockchain Technology. But, blockchain technology is also associated with some major issues like scalability and isolation that prevents this technology from reaching the large-scale, real-world application.

What are these scalability and isolation issues?

Scalability: Blockchain technology cannot run the number of transactions in the envisioned decentralized world. The network nodes process transactions on a one-on-one basis which restricts the higher volumes.

Isolation: Blockchain networks are distinct and independent, which results in lack of intercommunication and interoperability.

To solve these issues in blockchain technology, Polkadot is introduced. Polkadot is a sharded blockchain, which means it binds several chains into a single network and parallelly allows them to process transactions and exchange data between chains with security guarantees.

Ultimately, Polkadot is a cryptocurrency network which aims to create a platform of interoperable blockchains for a decentralized web.

Let’s understand in detail about what is Polkadot, the structure of Polkadot, how does it work, and much more.

What is Polkadot (DOT)?

The official site of Polkadot defines it as, “heterogeneous multi-chain technology.” Essentially, DOT is a next-generation blockchain protocol that connects many different blockchains into a unified network. Polkadot is a project by Web3 Foundation.

Polkadot was created by the Ethereum co-founder Gavin Wood, Robert Habermeier, and Peter Czaban- the technology director of the Web3 Foundation. Polkadot regenerated interoperability to increase the security and scalability of chains.

Polkadot authorized blockchain networks to work together under the protection of shared security. It enables applications and smart contracts on a blockchain network to seamlessly transact with data and assets on other chains.

There is an experimental and unaudited version of Polkadot called “Kusama” which was launched in August 2019 and now it assists as a canary network. The Polkadot project will be launched in 2020 in phases. It is moving from a PoA consensus to Nominated Proof of Stake consensus and more decentralization.

Now, let’s dive in-depth to understand the structure of Polkadot.

The Polkadot structure comprises three core components which are as follows :-

Relay Chain: This is the central chain of the blockchain network where all the validators abide and are staked to.

Para Chain: Parachain is a shortened form of ‘parallelized chains’, that connect to the central Relay chain and are managed by their validators called collators.

Bridge Chain: Bridge chains allow the Parachains to connect and communicate with those blockchains that do not use Polkadot’s governance protocol.

Connecting to the central relay chain will solve the interoperability issue with its smart contract feature to ensure that the transactions between individual chains are executed faithfully. The para chain solves the scalability issue by processing transactions parallelly.

How does it work?

The working of Polkadot is a complex process, so let’s break it into the following components to understand:

Validators: Validators have a prominent role in the ecosystem as they finalize the blocks in the Polkadot network. They should run the full relay chain client and stake a fundamental bond to qualify. Validators can also nominate others to act in their role.

The validator’s role is to receive candidate blocks from collators and finalize the blocks on the relay chain through a selection process and a final round of validation.

Nominators: Nominators are the one who holds a stake in the blockchain network. They are responsible for selecting trustworthy validators by contributing their bond to a selected validator’s bond. The role of the nominators is straightforward and it helps to strengthen the pooled security of the relay chain.

Collators: The collators work with para chain level. They are responsible for gathering transactions from para chains, produce proof along with an unsealed block and finally send it to the validator who is in charge of finalizing a para chain block.

Fishermen: Fishermen have nothing to do with the block verification process as they are motivated as ‘bounty-hunters’ who look for substantial one-off rewards by proving that a validator or collator acted maliciously. They also post small bonds to the network to prevent Sybil attacks.

Polkadot executes standardized communication across a network through its interchain communication protocol. The transactions between two para chains or between a para chain and a relay chain are fully asynchronous. Also, all data transfers are quoted on the relay chain.

Blockchains that are ‘bridged’ to Polkadot instead of directly plugging in as a para chain can hold the standardized intercommunication of the network without forfeiting their own consensus. Ethereum is the first example of such a bridged platform.

At the time of writing Polkadot price is  $5.83 with a 24-hour trading volume of $485,721,237. The circulating supply of DOT is 910 Million coins and a max supply of DOT coin 988 Million coins. The DOT coin can be traded on various exchanges like Binance, OKEx, BKEX, and Bitfinex. Among these exchanges, Binance is the current most active market trading the DOT coin.

The Polkadot ecosystem is expanding every day as users are realizing its benefits and efficiency of deploying. Polkadot has a unique design which gives various projects a range of options for innovation and flexible iteration. Polkadot brings multiple chains together into a scalable network allowing blockchain technology to reach its potential for real-world use cases.