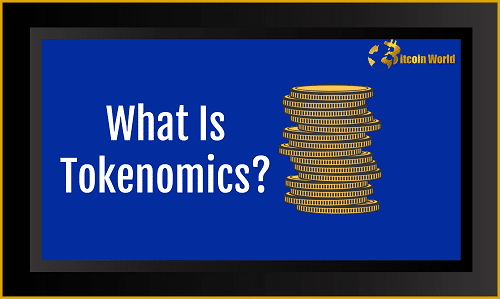 Tokenomics rules are created by blockchain projects around their tokens to promote or prevent particular user behaviors. This is comparable to how a central bank issues money and executes monetary policies to promote or dissuade spending, lending, saving, and money movement. Notably, the word “token” in this context encompasses both currencies and tokens. The distinction between the two is explained here. The laws of tokenomics are visible, predictable, and hard to change because they are applied through code as opposed to fiat money.

21 million coins are pre-programmed to constitute the total supply of bitcoin. Bitcoins are produced and put into circulation through mining. Every 10 minutes or so, a block is mined, and as compensation, miners receive some bitcoins.

Every 210,000 blocks, the reward, commonly known as the block subsidy, is cut in half. This schedule calls for a halving every four years. The block subsidy has been halved three times since January 3, 2009, when the first block, or the genesis block, was created on the Bitcoin network, from 50 BTC to 25 BTC, 12.5 BTC, and 6.25 BTC at the moment.

By dividing the total number of minutes in the year by 10 (because a block is mined every 10 minutes), multiplying by 6.25, and using these principles, it is simple to determine that about 328,500 bitcoins will be created in 2022. (because each block gives out 6.25 BTC as rewards).

As a result, it is possible to predict how many bitcoins will be mined annually; the final bitcoin is anticipated to be produced around the year 2140.

The design of transaction fees, which miners are paid when a new block is validated, is another aspect of bitcoin’s tokenomics. This cost is intended to escalate as network congestion and transaction size do. While block subsidies continue to decrease, it aids in the prevention of spam transactions and encourages miners to continue validating transactions.

In summary, Bitcoin’s tokenomics are clever and straightforward. Everything is predictable and transparent. The incentives around Bitcoin keep users paid in order to maintain a strong network and add to its value as a cryptocurrency.