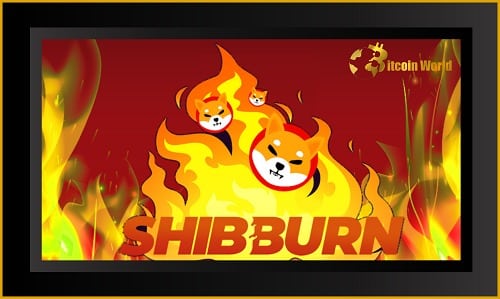 Within a week, 22.2 billion SHIB were burned, and 667 million were removed in just 24 hours

Over 22 billion canine tokens have been removed from circulation in the last week, according to a SHIB burn tracker. In addition, about half a billion Shiba have been burned in the previous 24 hours.

Meanwhile, Shiba Inu has increased by about 10% today.

Multiple projects within the Shiba Inu fan community have destroyed a total of 22,200,398,699 meme tokens, according to crypto burn tracker @Shibburn. Despite the staggering sum, this amount of SHIB is worth $279,281 in US dollars.

It took roughly 500 transactions to transfer this much SHIB to dead-end wallets, where they were permanently frozen.

Shibburn also announced on Twitter that during the last 24 hours, several businesses and individuals from the SHIB army had burned over 667.2 million Shiba Inu tokens. In comparison to the previous one, the burn rate has increased by about 41%.

Despite falling by over 86 percent from its all-time high of $0.00008 in October of last year, the second most popular meme coin has seen a significant increase in holdings since May of this year.

New SHIB adoptions around the world

Shiba Inu, as well as other cryptocurrencies, is now being accepted by an increasing number of companies. The creator of high-end Swiss timepieces Tag Heuer is one of them, as reported by U.Today last week.

Aside from that, thanks to a cooperation between Lavu and Verifone, two payment solutions providers, SHIB will be accepted by thousands of restaurants in over 60 countries worldwide.