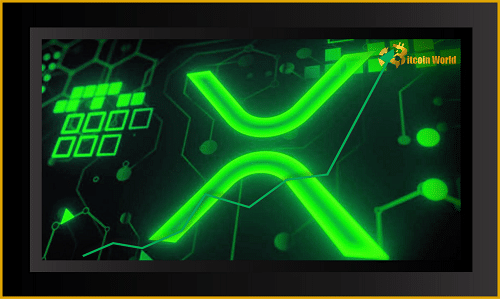 XRP Jumps 8% as it Decouples from the Rest of Crypto

The market for cryptocurrencies as a whole experienced selling pressure on Friday, October 7, in response to U.S. unemployment figures. But Ripple’s XRP has opted to turn around, rising 8% over the past 24 hours.

As of the time of publication, the price of XRP is $0.52, up 7.3%, with a market size of $26.1 billion. The latest increase in XRP’s price coincides with the network’s growth reaching a three-month high. According to on-chain data provider Santiment:

XRP’s present euphoria is also a result of the market’s anticipation that the SEC case will soon come to a close. Furthermore, Ripple has the upper hand in this situation and appears to be able to support its claim that XRP is not a security.

Recently, the defendants in the XRP litigation against Ripple submitted a move in opposition to the SEC’s decision to deny two companies permission to file amicus briefs. Ripple has been aggressively challenging every SEC action and is committed to bringing the matter to a successful conclusion by the end of the year.

The final month of September ended with XRP having its best monthly close of the entire year 2022. Additionally, the overall crypto market often does well in the month of October. This might also give the price of XRP a much-needed lift.

The Ripple v. SEC case, which might be a significant pathbreaking event for XRP holders, will be the center of attention.