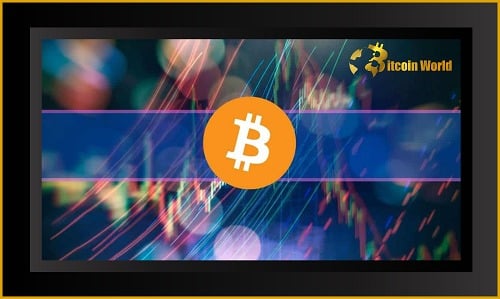 The principal cryptocurrency did not have a good start to April, falling from above $47,500 to a multi-day low of $44,250. (on Bitstamp). At that point, the bulls stepped in and drove BTC north. As a result, the asset rose beyond $47,000 within hours, but did not stay there for long.

It launched a leg up to and beyond that level twice in the last three days, with the same result. The most recent rejection, which occurred yesterday, drove BTC down to $46,000 before the bears retaliated, and bitcoin fell below $44,500.

Since then, the cryptocurrency has recovered some of its losses and is presently trading at around $45,000. Despite this, the company’s market valuation has dropped to $860 billion. Less than a week ago, the figure surpassed $900 billion.

Not Dogecoin, as Alternatives See Red

The cryptocurrencies had been unusually stable in recent days, but they have suddenly all gone red, similar to bitcoin.

Ethereum recently hit a three-month high above $3,500 and has been hovering around that level since. However, a daily loss of 5% has driven the second-largest cryptocurrency to just around $3,300.

One of the rare exceptions is Dogecoin. DOGE is currently trading at $0.16, up another 5%. This comes only days after it was revealed that Elon Musk, Dogecoin’s most renowned supporter, had bought a 9.2% passive investment in Twitter.

With lower- and mid-size alts also in the red, the total crypto market cap has fallen below $2.1 trillion, down $100 billion from yesterday’s high.

The Sandbox considers another round of funding, as well as new acquisitions, but no IPO