BTC Is Dead; Narrative Gets Invalidated 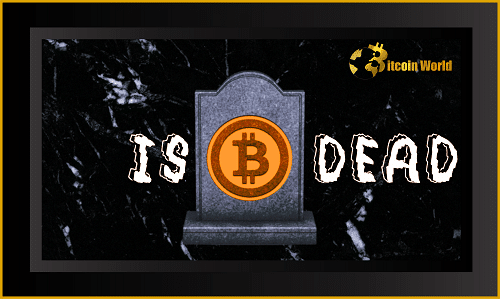 Bitcoin is dead or it is just a hoax

Bitcoin is Dead! The burial awaits at the hands of the SEC or Security and Exchange Commission. News like Terra Luna collapse, Celsius Network, Anchor protocol ambitious scheme and now 3AC’s collapse do validate that we are bracing for a long stretched winter but the narrative Bitcoin is dead, sounds more like a vendetta at the hands of the counter financial system, aka TradFi.

Why the statement Reminds of a Deja Vu?

452, yes BTC had had 452 obituaries written all over the Internet ever since it was born. The crazy part is that everytime the obituaries are written, Bitcoin gets resurrected. You could say that as a miracle or one of the sustainable traits of this cryptocurrencies, making it immortal nonetheless. Everytime BTC has fallen, the 200 Day MA has shown steady support at a price level which has never been compromised to this day. Have a look at the chart when the narrative Bitcoin is Dead was at its peak.

As evident from the chart, you can very well see that all the claims of Bitcoin is dead has gotten dissed everytime it has spreaded like wild wire.

Will Bitcoin is Dead Narrative End For a Change This Time?

Apparently not, as long as the MVRV or Market Value to Realized Value remains steady, which has dipped just twice. For a market to completely go off the route requires continuous fall in the realized value. This would lead to support getting compromised. However, BTC has been able to maintain steady support of $21,900 in 2020, and even this time as well, the support level has not been compromised yet!