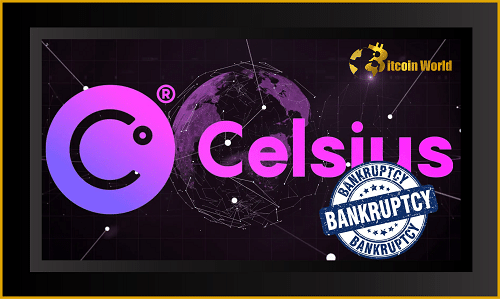 “There’s something rotten in the state of Crypto World.” It is the Celsius Network who has to blame for this problem. Investors who have invested in the project have found no refuge after the collapse of Luna. Furthermore, there’s no hope left at all as well when you look at the balance sheet of the Celsius Network.

Celsius Investors might find it hard to swallow the fact that the protocol has somewhere around $1.2 billion in revenue deficits. When the balance sheet was unveiled, it recorded $5.5 billion in liabilities and $4.3 billion in assets. In this category, deposits are the major liability and CEL tokens are the assets. Keeping that in mind, if Celsius Token value falls further, it could very well further the gap and put the entire protocol on doldrums.

The CEO of the Celsius Network, Alex Mashinsky had already said in the past that the company wishes to sell of the BTC holdings and use the proceeds to pay off the debt. If such a thing happens, it is highly anticipated that BTC will witness a further downslide nonetheless.

How did Celsius Get To This Point?

Celsius got this point because of a shadow banking system claims a crypto sceptic Frances Coppola. She says that the funds which are shown in the accounts books of the Celsius Network aren’t assets at all. On the contrary, they are loans represented as assets.