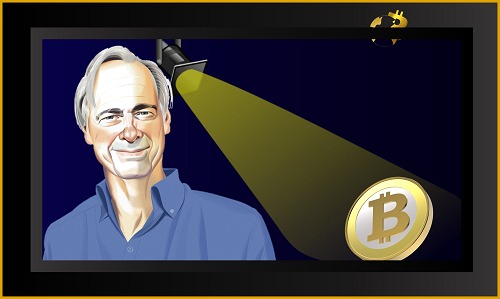 According to his latest interview with financier David Rubenstein, American billionaire investor and esteemed hedge fund manager Ray Dalio believes the bitcoin business is receiving too much attention.

Dalio argues that cryptocurrency is merely a “minor” part of his overall portfolio.

Despite the fact that cryptocurrency accounts for a minuscule portion of global financial markets. That’s, the International Monetary Fund (IMF) recently cautioned that its growing link with US stocks offers a risk of contagion.

Lately, the tech-heavy Nasdaq index and cryptocurrency have been trading in lockstep, with the macro narrative about the Federal Reserve’s increasing hawkishness taking center stage.

Other assets will have to change when interest rates rise, according to Bridgewater Associates’ CEO.

Last May, Dalio, who had previously been an outspoken cryptocurrency skeptic, revealed his Bitcoin purchase.

He has not, however, become a cryptocurrency booster, regularly predicting that if Bitcoin becomes too popular, governments will “kill” it:

“I think at the end of the day, if it’s really successful, they will kill it. “

“and I think that they will kill it because they have ways of killing it.”

During a recent podcast interview, Dalio suggested that putting up to 2% of one’s portfolio into Bitcoin would be fair.

Because he does not believe Bitcoin will be able to displace gold, the hedge fund manager believes the price of the largest cryptocurrency will not reach the lofty goal of $1 million.

Because it has been around for thousands of years, Dalio considers yellow metal to be the preferable store of value.

He also indicated interest in non-fungible tokens on a podcast with Lex Fridman.

Some users received as many as 700 Bitcoin due to a...

India’s SEBI to ask IPO promoters to sell off cryptos

In 2021, the US Congress introduced 35 crypto-related bills