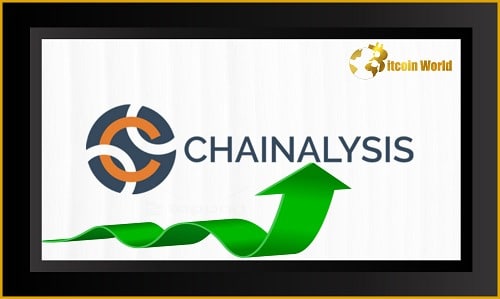 Chainalysis, a cryptocurrency and blockchain auditing service, has raised $170 million in its most recent funding round, with GIC, the Government of Singapore Investment Corporation, leading the way. Accel, Blackstone, Dragoneer, Fundersclub, the Bank of New York Mellon, and Emergence Capital all participated in the Series F investment round, as did previous and new investors.

With this fresh investment, the firm now has a market capitalization of $8.7 billion, in a time when more governments and government bodies around the world are beginning to implement crypto regulation. This round of funding dwarfs the company’s most recent funding round. Of course, which raised $100 million in June and valued it at $4 billion at the time.

The investment complements GIC’s previous blockchain-related investments, including Anchorage and the BC Group, which were also part of the earlier Series E round. According to Chainalysis co-founder and CEO Michael Gronager,

“Our partners at GIC understand the power of Chainalysis’ data platform and customer network,…”

“the strength of our team of leaders, and the market opportunity before us.”

Gronager also claimed that the organization would be expanding its operations to the APAC region. Chainalysis also offered a summary of the goals it hopes to achieve with the monies raised.

As the asset class obtains mainstream popularity, the company expects this investment to help with….

According to the company’s figures, Chainalysis has experienced substantial growth. Year over year, the company’s consumer base has grown by 75%. Furthermore, the company has added new business by teaming with Dapper Labs to expand NFT-related operations.

It’s also been involved in major crypto-related investigations, such as the Colonial Pipeline attack. Of course, in which it assisted in the seizure of $2.3 million. The imposition of sanctions on various Russian-based services implicated in money laundering.

The digital yuan, according to a former Chinese central bank chief,...

Cryptocurrency is worse than a Ponzi scheme, according to India’s RBI...