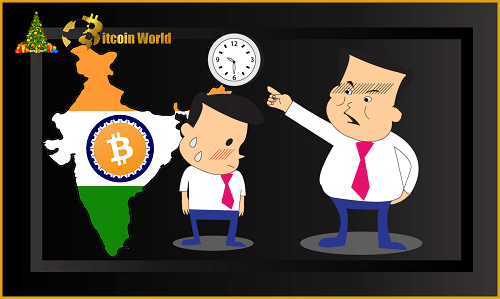 Aside from some legal experts, The country’s central bank and the Swadeshi Jagran Manch (SJM) are pressuring the Indian government to outright ban cryptocurrency.

At a recent meeting of the Reserve Bank of India’s central board of directors, the RBI stated that cryptocurrency must be completely banned and that a partial ban will not work. The Swadeshi Jagran Manch (SJM), an affiliate of the nationalist Rashtriya Swayamsevak Sangh, also passed a resolution calling for a ban on cryptocurrency.

While the government has yet to announce whether it will ban or regulate cryptocurrency, legal experts have allegedly stated that banning cryptocurrency is too late.

The notes that cryptocurrency laws by the government must be in balance. This would not only protect investors but will also prevent cryptocurrency from ballooning out of hand, endangering India’s foreign exchange reserves and disrupting its economy.

“The government is viewing cryptocurrencies as investment instruments and plans to regulate them. Under income tax rules, cryptocurrencies are likely to be assets and attract capital gains. GST and TDS are other areas where the position of law is not clear.”

According to reports, the legal experts states the need for more extensive regulation.

They also states that due to disparities in foreign exchange restrictions, India’s cryptocurrency approach should not be in comparison to that of big countries.

Narayanan further stated that preventing Indians from sending crypto payments outside would be difficult for regulators, adding:

“You cannot take money out of India without permission.”

” We are a foreign exchange-regulated market and that means”

“We cannot take certain decisions like developed countries that have a free market.”

The magazine stated that the cross-border movement of goods. Also, and services are under import/export under FEMA (Foreign Exchange Management Act).

Also, She underlines the importance of a global cryptocurrency policy.

The Indian cryptocurrency bill is up for debate during the winter session of parliament. Of course, the administration says it’s revising it.