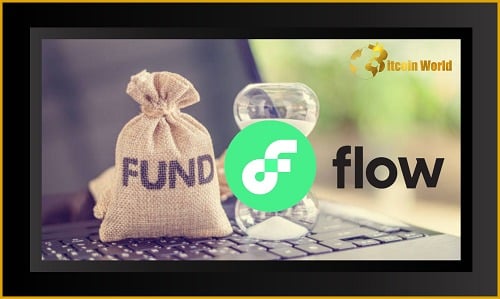 The fund, which is dedicated to accelerating the growth of its ecosystem, will provide investments, in-kind support, and FLOW token grants to developers who are developing applications on its blockchain.

Dapper Labs founded Flow, a leading network known for its NFT initiatives, in 2018. The fund, according to the blockchain behemoth, is intended to spur innovation and build new applications based on its platform.

According to Flow’s press release, the Ecosystem Fund will be used to assist its ecosystem’s “games, infrastructure, decentralized finance, content, and artists.” The fund intends to provide web3 chances to developers all over the world.

For example, Flow will provide office space in Berlin and other Asian locations to its developers. Product development, product scaling, staff expansion, user acquisition, and general running expenses will be the primary targets of the investment.

Roham Gharegozlou, CEO of Dapper Labs, explained that interest from well-known crypto institutions is a vote of confidence in the NFT-focused blockchain. The Fund, he noted, will be a “game-changer” for the ecosystem’s “7,500+ strong and rapidly increasing developer community.”

According to Forbes , Flow’s new endeavor will accommodate investors’ allocation preferences to disperse the cash, unlike Binance’s $1 billion fund for its Smart Chain ecosystem, which had only one team accountable for distribution.

DOGE, Meme Cryptocurrency Gets Ready For A 29% Increase Movement

SashimiSwap: All You Need To Know About SushiSwap Upgrade

In China, more courts are accepting evidence stored on the blockchain