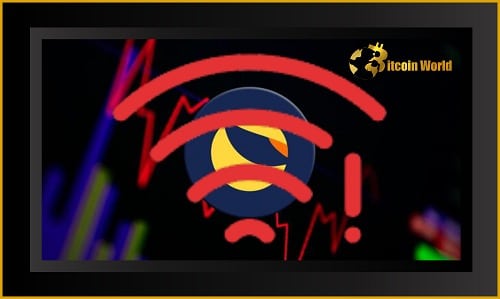 On Friday, the Terra blockchain was suspended for the second time in 12 hours, as developers sought additional time to devise a recovery strategy.

Terra had paused the blockchain for almost two hours late on Thursday. Given the roughly 100 percent drop in LUNA prices, the developers said it was to prevent governance attacks. Because of the price decline, the blockchain is especially susceptible to price manipulation.

Terra came to a standstill in order to regroup.

Validators have suspended the network to buy additional time to rebuild it, Terra’s developers wrote in a tweet. At around 10:20 p.m. ET, the blockchain was officially halted at block 7607789.

The network has been down for about three hours as of press time, with no more updates from the devs. Improved network capacity to manage larger transaction volumes, as well as additional efforts to support the UST peg, could be part of the restitution measures.

Due to the stoppage, and a similar price feed pause by Chainlink, users on Venus Protocol were able to sell LUNA for more than 100 times its market price. According to a different study, the treatment cost $11.2 million.

LUNA and UST prices have continued their downward spiral, despite Terra’s efforts to restore value. To boost UST prices, the project plans to coin more LUNA and burn it.

The Last Time Volatility Was This Low Bitcoin Went On to...

Over 3,500 Bitcoin mining equipment have been seized in China, and...

As the ‘turbo-charged’ premise plays out, bitcoin mining stocks halve