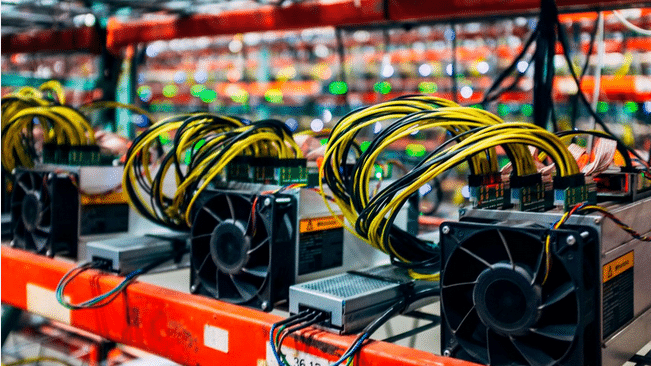 Cryptocurrency is a common payment tool that only exists in the digital ecosystem. E-wallets can be used to pay online. The advantage is that each counterparty can complete the transaction without a middleman.  But this is not the only way to use coins. Thousands of enthusiasts use blockchain to make money on investments. The amount of profit, in this case, depends on the trends in the market.  As long as the blockchain is actively implemented, the profits of investors will skyrocket.

The growth of Bitcoin and the implementation of digital solutions is not limited to the NFT, GameFI, and other ecosystems. You don’t have to be a financial expert to understand this. Hundreds of leaders of large companies every day talk in their interviews about the prospects of decentralized payment tools. Binance (BNB) is one of the projects whose promise in 2020 has become undeniable. Its price in 2017 was $0.10.

Not all enthusiasts believed in the prospects of new coins. But, if we are talking about Binance, the price had risen to $383, more than 350,000%. It’s really impressive. The prospects for using Blockchain for trading, digital industry, or even booking a cottage or yacht confirm the rationale for investing and the digital ecosystems. You can view the statistics on the website ICOholder to make sure that the interest of ordinary users in new projects is growing.

The security of payment gateways and the prevention of incidents related to the theft of coins are the main things that ordinary users pay attention to. So, developers have to implement new solutions. One of the projects that caused a boom in this area is Solana. These tokens are indispensable for the following:

A new coin based on unique proof-of-history principles. The release of the new Blockchain has seen positive changes in decentralized apps (DApps), digital art, Metaverse, and DeFi. When this project launched in 2020, the average price started at $0.77. Now, it’s around $87. So the cost gain of more than 11,000%.

Developers are doing a lot to link decentralized finance with stable markets. One of the most popular projects in this area is Tether, a cryptocurrency whose value is pegged to the US dollar. This means that we will have the growth of the financial market which inevitably leads to an increase in capitalization. Here are some reasons to think so:

Out of the top 50 coins by capitalization, Filecoin, Internet Computer, VeChain, and EOS have become the most profitable in the first quarter of 2022. Filecoin leads the list with a 27 percent increase in a few days. This caused a boom among investors. According to Decrypt, the sharp rise in the price of the main cryptocurrency resulted in closings of short positions worth around $ 142 million in just one day.

CEO Do Kwon made an announcement on his Twitter about wanting to invest billions. The purpose of such a huge purchase is to secure the TerraUSD (UST) stablecoin promoted by the company. For comparison, we can take the example of MicroStrategy, the largest holder of BTC among public companies. At the moment, the giant has 125,051 bitcoins at its disposal, each of which was bought at an average of $30,200.

“UST with $10 billion in BTC as reserves will usher in a new era for the financial standard. This is P2P money, which is much easier to spend and profitable to just keep”, said Do Kwon

In some countries, blockchain principles have been adopted and are being introduced into various areas, including financial ones. One good example is Terra which was created to keep the right balance between various coins. From 2021, when its cost was $0.64 per coin, Luna has risen over 12K+% to $80. It’s the most popular digital fiat, the government-backed currency.  But this is not the only promising project for investment. New tokens are springing up like mushrooms.

In the spring of 2022, the activity of crypto traders increased significantly. After a slight decline in Bitcoin, the value of BTC quickly reached its maximum in a three-month period. Now the base cryptocurrency is trading at a price above 47 thousand dollars. Such a quick jump in price is a reason to be optimistic for many investors. Even if enthusiasts prefer alternative coins, they have a long-term chance to get rich.

Melissa Robertson is a freelance author who writes bright articles that engage the audience. She is working for the company ICOholder. Her hallmark as a writer is her ability to put complex things into simple words.