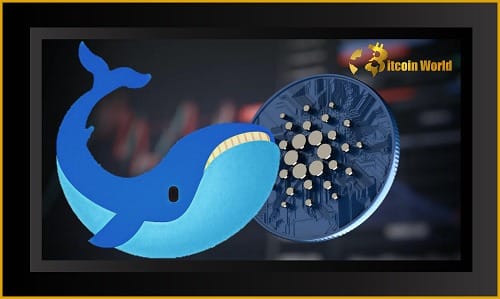 Although the quick decline of Bitcoin and other top cryptocurrencies like Cardano (ADA) appears to have paused, it appears that large-scale investors, also known as whales, have taken advantage of the sinking market to increase their token holdings, particularly in Cardano (ADA).

Indeed, according to data released on May 13 by the on-chain and social analytics platform Santiment. Of course, Cardano whales were the most active they’d been since January. That’s, when the ADA price hit a low of $0.40 on May 12.

Following a seven-month period in which whales dumped a total of 1.7 million tokens, the data revealed that Cardano whale addresses with 1 to 10 million ADA have been adding 196 million additional ADA to their wallets in the previous five weeks.

Whales may be anticipating a boost in the Cardano price, given that the Vasil hardfork is slated for June with the goal of upgrading the protocol. Then, considerably enhancing transaction throughput, volume, and liquidity.

Bitcoin Price To Hit $20K Mark When US Banks Invest