1%TDS Avoidance May Land You in Trouble; Government Clarifies On Off Shore Exchange Trading 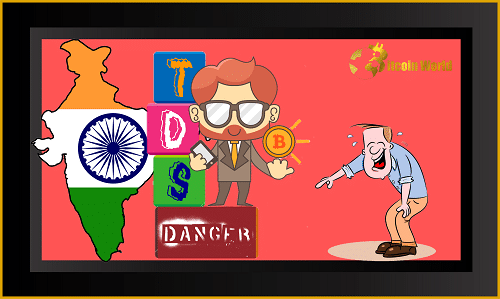 Not paying taxes while trading on a foreign exchange may draw government’s ire. 7 years of rigorous imprisonment for certain if found guilty.

Tax avoidance cannot be streamlined through a foreign exchange. Traders might be thinking trading on a foreign exchange might safeguard them from 30% + 1% taxes. The reality however, they will draw the ire of the income tax department by doing so.

Nischal Shetty, the Owner of Wazir X, a cryptocurrency exchange based in India says in one of his tweets “ Trading on Foreign Exchange that doesn’t deduct TDS doesn’t safeguard you from taxes. On the contrary, it is your responsibility to pay taxes to the government directly.”

Traders are planning to avoid taxes through a non native crypto exchange. They have strongly flaked the idea that 30% +1% taxes imposed on their holding shouldn’t be subject to consideration. However the CBDT circular has vehemently stressed that if anyone found not paying the taxes will draw the ire of the tax department. As per the latest stats, more than 11 exchanges have paid more than $10 million to the government.

A substantial  loss seems inevitable if traders go for foreign exchanges. Hence, the government has clearly defined anyone failing to file for crypto taxes can be jailed for 7 years for severe crime. Or, for 6 months if the crime is not very severe. There’s also provision for file as well along with imprisonment.

India has turned into the largest adopter of cryptocurrencies. Lately the people have started investing in crypto from Tier 2 and Tier 3 cities. That said, it is both an opportunity and challenge for the government to strike the right balance. Through crypto taxes, much of that will be achieved!