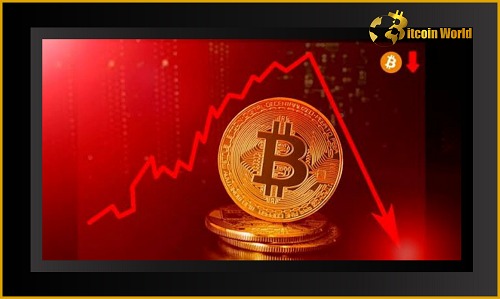 On Friday, the price of Bitcoin fell to an intraday low of $38,250 on the Bitstamp platform, the lowest since early August.

The flagship coin is presently trading around $38,800, indicating that it is struggling to make a speedy recovery.

The leading cryptocurrency managed to recover to $43,500 on Thursday. The rally turned out to be a bear trap, with Bitcoin shedding 12% of its value.

Over the last four hours, $372.65 million worth of cryptocurrency has been sold, according to data from analytics firm Coinglass. More than 90% of the wipeout comes from long stances.

Most cryptocurrencies were battered even more than Bitcoin, with Avalanche (AVAX) and Binance Coin (BNB) both losing double digits.

A total of 183,239 traders have been liquidated in the last 24 hours, with one BitMEX user losing $9.91 million in a single trade.

During the current cryptocurrency crisis, some passionate Bitcoin detractors are having a field day. In a recent tweet, author Nassim Taleb compared Bitcoin traders to ruined gamblers.

Mike Novogratz, a cryptocurrency tycoon, projected that bitcoin would bottom out at $38,000, a key support level.


The rapid monetary tightening by the Federal Reserve has produced a risk-off environment for cryptocurrencies and stocks.

It is widely assumed that the central bank will raise interest rates many times this year. Three rate hikes are forecast this year, according to a Reuters survey.
Related Posts – Ex-SEC Chair, Jay Clayton Believes Cryptocurrency Industry Is For Long Haul

FTX provides $120 million in loan finance to the Hacked Liquid...

US Records More Money In Month Than Two Centuries

Block is officially constructing an open Bitcoin mining infrastructure, according to...